Most Romantic Cities and Towns In Manipur

Most Romantic Cities and Towns In Manipur 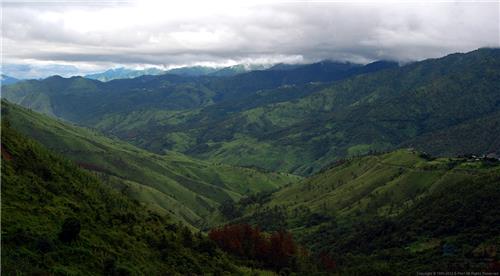 Often referred to as the Switzerland of India, Manipur is situated in Purbanchal, which is an end of the Himalayan mountains. As per Lord Irwin, Manipur is 'The Switzerland of India' as it is blessed with exotic landscape and gorgeous hills that have valleys all around them. The forests here are dense and flush with oasis of blue lakes. It is a paradise, which is perfect for those who are looking for romantic getaways. There are many cities here that are easily accessible via air or even road.

The temperature here is on the cooler side for most of the year, which makes it a cozy and picturesque destination. There are a lot of activities to indulge in and you can simply laze around and have a nice time walking on the hill side or exploring the terrains. You can merely sit in the hotels or go for a romantic stroll. So here are some of the most popular destinations for a romantic getaway in Manipur-

Also known as the jewel of the east, the capital city of Manipur and gained fame during the World War II. Even though Imphal remained to be the capital of the state since 1826, it was not until 1891 that the British government recognized the city. It is also called the land of art and culture along with folklore, traditions and fun. Earlier Manipur had a tribal population of almost 60%, even though it has gone down, Manipur still maintains its traditional values and culture. It has some of the oldest monuments in the world.

Surrounding this beautiful town are small hilly getaways and bed and breakfast places. For couples who want a bit of seclusion along with the hustle and bustle of the city, Imphal is a sensible getaway. You can head to the zoological garden, visit the state museum or simply hang out at the shopping markets. Imphal is relatively safe at night too and you can dine at some of the classy restaurants here. 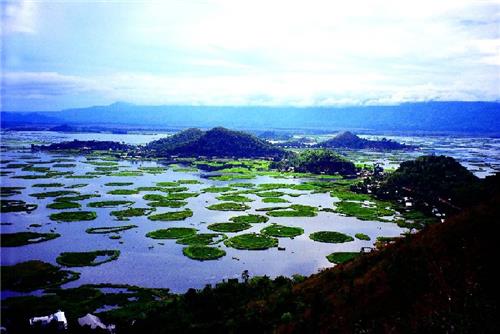 Formerly called Tengnoupal, the district of Chandel also has a town in the same name. It is one of the 9 district areas of Manipur and is one of the less popular states in the country. As per census, it has only 21 people per kilometers. It is in the southeastern part of the state and has Myanmar to the south, Thoubal in north and Ukhrul to the east. It is also one of the most important cultural and business hubs of the state.

Tengnoupal is the highest point of NH2 and is a wonderful location for romantic getaways. The monsoon here makes the town very foggy and immensely romantic. It is located in a Indo-Myanmar region where you can get a view of the Myanmar plains of Kabaw-Valley or the many hills here. You can easily find good hotels and lodges here to have a nice stay, though it is best to book in advance since there are not many lodging options around. 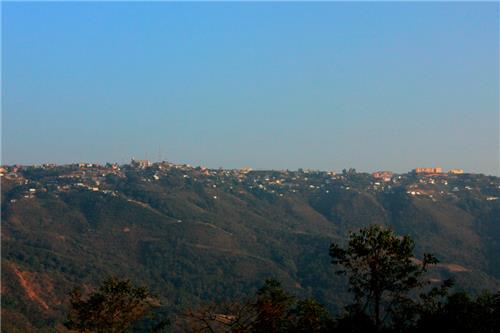 In the gorgeous state of Manipur lies a small hill town named Ukhrul and it has its administrative headquarters under the same name. It is located about 1162 m above sea level. This is another blissful and serene getaway for the romantic couple in the heart of Manipur. The tribal heritage here along with the rolling hill simply transforms one into another time. The entire stretch is dotted with villages and scenic places. The local Tangkul Nagas are a smiling tribe, you will encounter as you roam around the hilly terrains.

There are a lot of scenic places to check out here including the waterfalls, trekking areas, caves, lakes and saline springs along with Nillai Tea Estate. Must visit places here include Khangkhui Cave, Shiroy Hills and Nungbi. There are some cozy lodges and hotels here that offers a perfect escapade for couples. 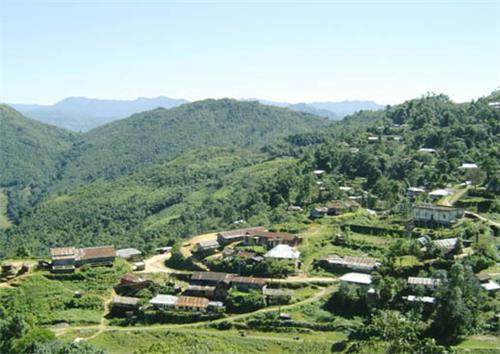 Another quaint and beautiful town in the state of Manipur is Tamenglong, which is a picturesque district. Here you can find grasslands filled with grazing sheep, rolling hills and green valleys. It is the home to some rich flora and fauna. The rare species of flowers found here include orchid along with some sheep and other rare species of birds too. Situated in Western Manipur, Rongmei language is spoken here. As per geologists, this place came into existence due to the shifting of the earth in the Cretaceous and Eocene era. Made mostly from rocks and sandstone, this is another area that offer insight of waterfalls, hamlets, gorges and deep valleys.

It is a great destination for a romantic getaway as you walk along these mystique pieces of nature and enjoy some adventure. Some of the places to enjoy here are the banks of the River Barak, Barak Waterfall, Tharon cave (Chalem-Ky) that is about 27 km from the district HQ, legendary Zeilad lake (which is home to rare water animals, pythons and snakes) and Buning (Npiulong) meadow that is filled with soft rocks, ground orchids and species of wild lilies. In the night you can hear the cry of Hoolock gibbon and foxes howling. Enjoy the local festivals here like Gan-Ngai, Rih-Ngai / Chaga Ngee, Gudui-Ngai and Banruhmei.

The district also has its administrative headquarters under the same name and is another hilly escapade in the state of Manipur. Thoubal is also the largest city in the area and is fairly developed. It is located on the banks of the River Thouabal. The infrastructure favors tourism as it is a gateway to some of the most scenic places in Manipur. Many small temples surround the area, especially the Chinga Lairembi Temple. Other destinations include Manipur Sahitya Samiti building, Tomjing ching, and Panthoibee temple. Along with this, the local markets are flooded with handicrafts and goods, which reflect the traditional Manipur artisan work. The surrounding mountains are filled with lush paddy fields.

Located about 790 meters above the sea level some of the must visit places here include Uyokching at Kakching, Khongjom War Memorial, Thongam Mondum Mahadev, Waithou and Serou. Thoubal is also known for fisheries and aquaculture. When in Thoubal, one can easily venture into the wilds as the city is relatively safe. There are hotels and lodges spread across the city that offer a scenic view of the mountains along with amazing food. For those looking for a romantic getaway, you can hire cars or vans and head out to explore the scenic terrains nearby too.

Best time to visit- All year through, though the months of winter are cold and offer a feel of crisp chill and fog, which makes the place more romantic. 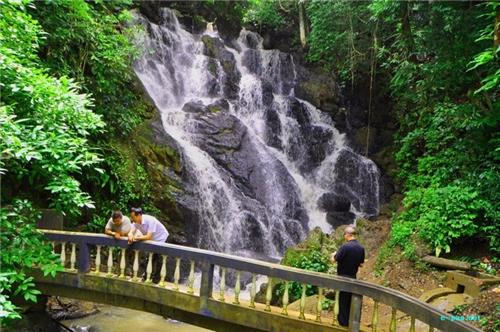 The gorgeous town of Churachandpur is also the administrative headquarters of the district. It is locally called Lamka. Churachandpur is one of the bigger towns of Manipur and has a cosmopolitan crowd. The region is very famous and visited by tourists from across the globe. The handicrafts here in particular are hand-woven creations which are very popular. The region is very famous for the serene beauty and gorgeous landscape. The Tonglon Caves are one of the major attractions here.

One can come across many small hotels here since this is a busy commercial sector. Khuga Dam is another popular picnic spot and is ideal for couples looking for a break. You can also head to explore some history at the tribal museums in Tuibuong and Thangzam road. Do check out the Ngaloi Falls that are known for their mesmerizing beauty. The city is safe and highly recommended for honeymoon couples as it offers a bustling city life along with serene spots.